Well, I skipped over March somehow in the blogging world.
Much has happened so this might be a long post.
First of all we had THREE ginormous snowstorms in March and we LOST POWER each time! Some power loses were short ones but one was for four days or was it three? I only know that the fridge was trashed and I got NO SEWING DONE!!!
Lots of capitals indicate how frustrating that was!
I forgot to take the usual amounts of pictures during open sews and other classes.
I did not get too many quilts finished.
But it is now April and time to turn over a new leaf!
Except the snow keeps coming! 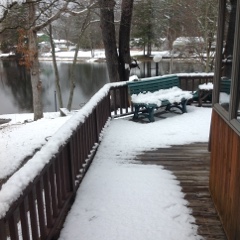 But it was gone by late Monday afternoon.
Oh, well,...
Now on to the quilts... 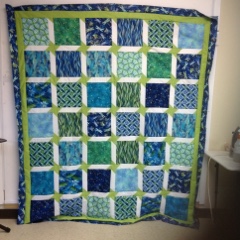 Roxanne's newest completed top is a Missouri Star pattern which incorporates friendship stars as part of the border.. She used a line of fabric from Benartex which features dragonflies. 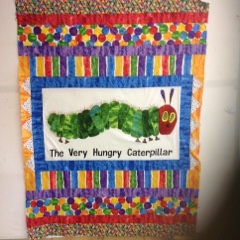 Marilyn's top is made from a kit she bought from Keepsake Quilting.  "The Very Hungry Caterpillar" is slated for a friend's soon to arrive grandchild. 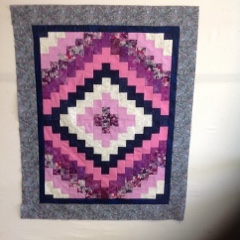 Candy's recently completed "Quick Trips" quilt is an Eleanor Burns, Quilt In A Day quilt that she made in my recently held series of classes for newer quilters. 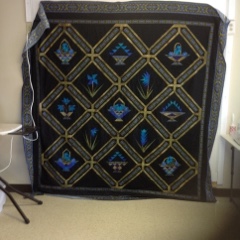 Grazina's beautiful basket quilt is a kit and a block of the month class from Craftsy.  It was from a few years ago so it may no longer be available. The quilt combines piecing with Applique and features Ginny Beyer fabrics and techniques. 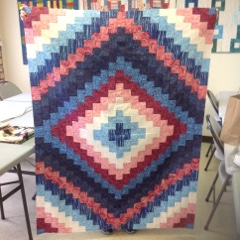 Joanne's lap sized "Quick Trips " quilt without the final border. She worked on it during our one day class, and the following day during open sew. I believe it is now completed with the final borders. 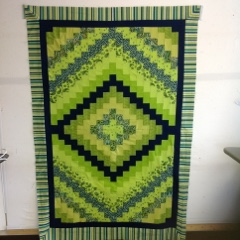 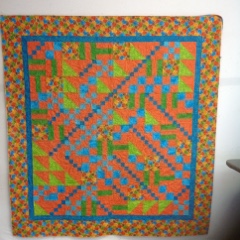 Another fat quarter quilt made to add to my "Fun with Fat Quarters" series.  M'Liss Rae Hawley's book, Fat Quarter Quilts serves as the pattern inspiration for this quilt series I have been making over the years. 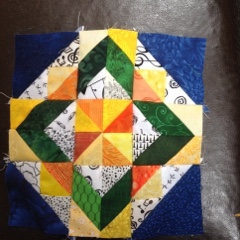 The last block for a king sized "Celtic Solstice" quilt which was a Bonnie Hunter Mystery Quilt from 2013-14, I believe.  This quilt is webbed and just needs to have the rows sewn together. 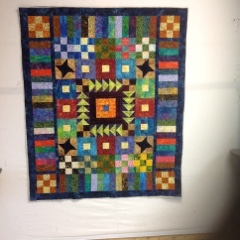 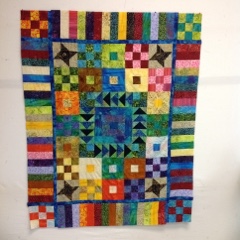 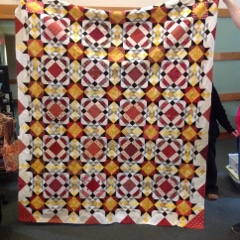 "Alliatare" was finished this month. It was the 2016-17 Bonnie Hunter Mystery quilt and is now waiting in the to be quilted que. 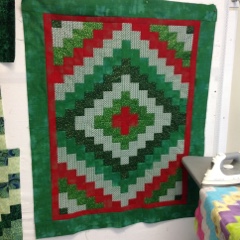 One more example of a "Quick Trips" quilt that was made as a class sample. 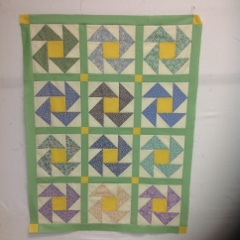 "30's Cyclone" is a free pattern from Quilt In A Day.  This will be an all day class coming in May. 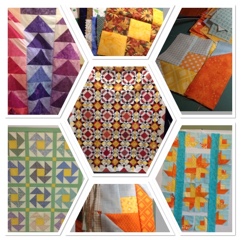 A collage of quilty projects that I worked on during a quilting retreat I attended in the beginning of March.
The sun has just come out after a rainy day. Maybe the spring flowers will get a chance to shine now!
Until next time...
Louise, on the island, looking for signs of spring ...
Posted by Louise at 5:15 PM No comments:
Email ThisBlogThis!Share to TwitterShare to FacebookShare to Pinterest
Labels: Alliatare, Bonnie Hunter, Celtic Solstice, Cyclone Quilt, Fun with Fat Quarters Quilts, Jelly Roll Sampler Quilt, Quick Trips Quilts, Quilt In A Day
Newer Posts Older Posts Home
Subscribe to: Posts (Atom)