The temperatures continue to be unseasonable. 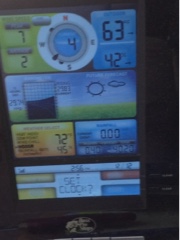 63 degrees at 3 PM on December 12, who would have thought this would be the case?
Downstairs sewing projects... 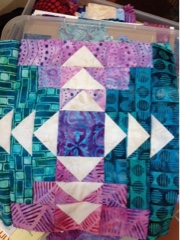 Four blocks completed of the needed 20.  Slow going on these today.  I think the weather has slowed my brain!
The in between leader and ender project... 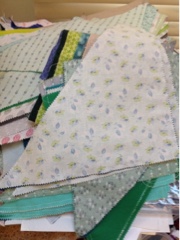 These triangles will eventually be " Anita's Arrowheads" and are an adaptation of a Craftsy class and a guild class taught by Anita Solomon.  I am using triangles instead of ten inch squares, but the technique is the same as is the resulting block. 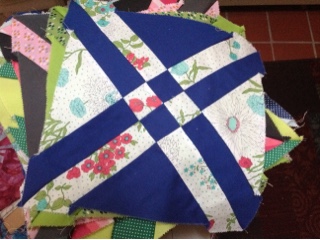 Fun to do!
And the upstairs projects... 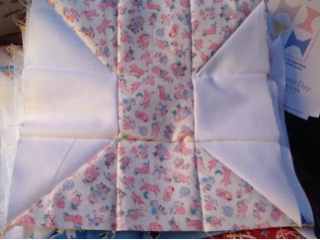 Thirties spools utilizing "Toy Chest Conversationals" by the Washington Street Studios, a division of P and B Textiles and a downloadable pattern by Stacey Day found on the P and B website. 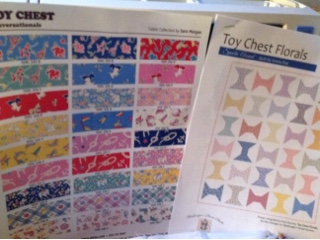 In between the spool blocks, I am piecing these blocks utilizing a line of fabric by Sandy Gervais which is by Moda and found at the shop, Piecing with Poppers Quilting Center. 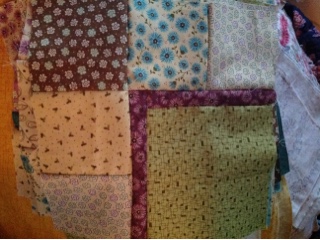 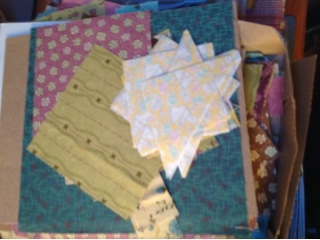 I stack the block groupings on smaller pieces of cardboard that I have collected over the years. Thís way I don't get bored making one block over and over.  I do get them done even though this method might take a bit longer to get the blocks finished. But then I have the blocks for two quilts finished!
Finally, I need to wrap gifts but who wants to cover up this tree skirt? 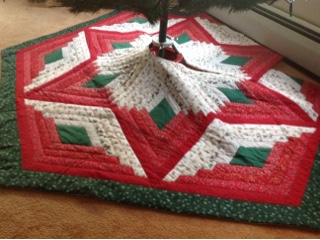 Every year I wish I could keep it out a bit longer since the season is soo short!  But I will enjoy it as long as I can and put the presents on it at the last minute!
Enjoy your Saturday!
Posted by Louise at 3:35 PM
Email ThisBlogThis!Share to TwitterShare to FacebookShare to Pinterest
Labels: Seasons on the Deck, UFO Stash